This is a sponsored conversation written by me on behalf of Amazon. The opinions and text are all mine.

This week we’re teaming up with Amazon to bring you a “magical” craft in celebration of the launch of Niko and the Sword of Light! This is an easy DIY recipe that even the kids can help with. My kids love the 3d effect that the puffy paint gives and we added a little magical touch by making it glow in the dark so we could recreate Niko’s sword! 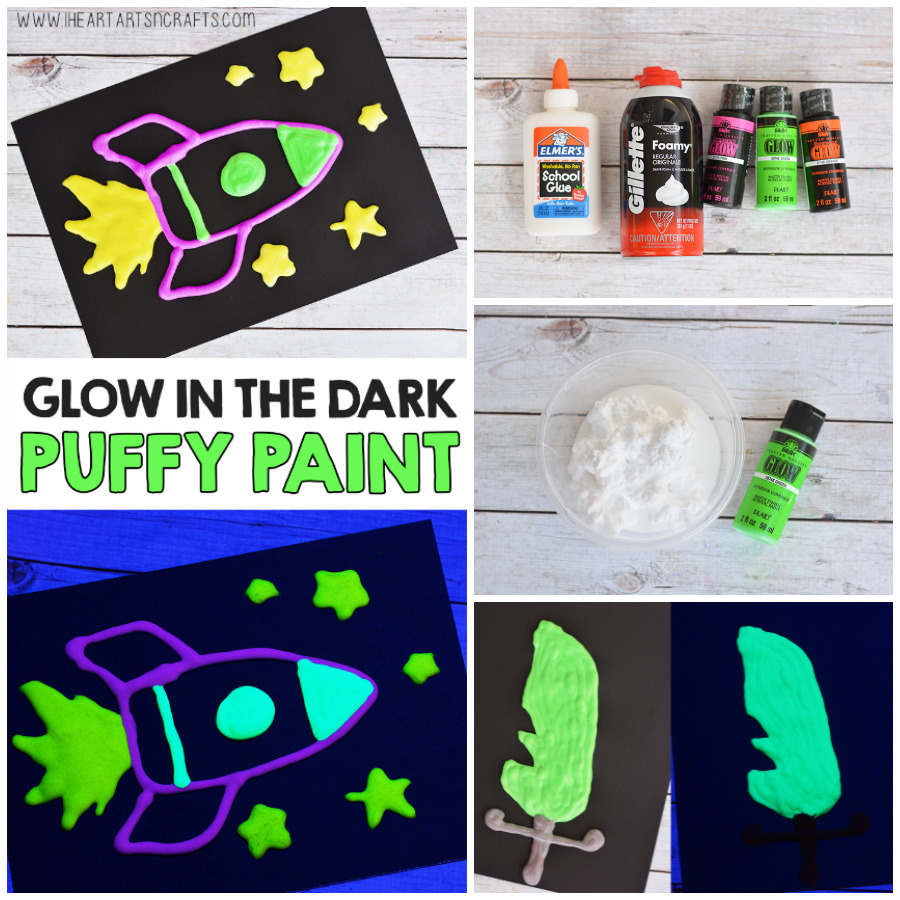 “Niko and the Sword of Light follows 10-year-old Niko, the last of his kind in a strange, fantastical world, as he embarks on an epic quest to defeat the darkness and bring the light back to his land. Armed with his magic sword, brave Niko journeys to the Cursed Volcano, making new friends and powerful foes along the way, all while uncovering secrets about his mysterious past. Niko and the Sword of Light features the voice talent of Tom Kenny (SpongeBob SquarePants), Andre Robinson (Doc McStuffins), Steve Blum (Star Wars: Rebels), Kevin Michael Richardson (The Penguins of Madagascar), Jim Cummings (Shrek), and Kari Wahlgren (Kung Fu Panda: Legends of Awesomeness). Based on the motion graphic comic by Imaginism Studios, Inc., the studio behind character and concept designs for Tim Burton’s Alice in Wonderland and Men in Black 3, and Studio NX (The Carrot and Rabbit Show, Tree Fu Tom), Niko and the Sword of Lightis animated by Titmouse (Motorcity, Metalocalpyse) and executive produced by Rob Hoegee (Generator Rex, Teen Titans), who also serves as show runner.”

The show premieres on Amazon Prime Video on Friday July 21st. Check out the official Niko and the Sword of Light site here and the official trailer below:

Celebrate the launch with us by having your own glow in the dark paint party!

Materials Needed To Make Glow In The Dark Puffy Paint:

You can watch the video for the tutorial or follow the directions below! 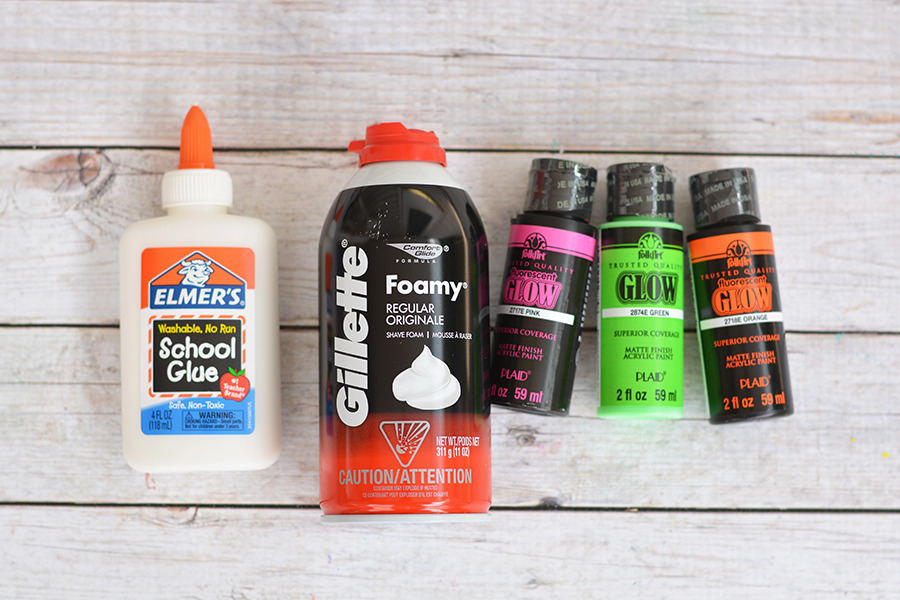 After you’ve mixed that all up you can either apply your paint using paint brushes or we took a zipper bag and just cut off the corner so the kids could squeeze out the paint in neater patterns. 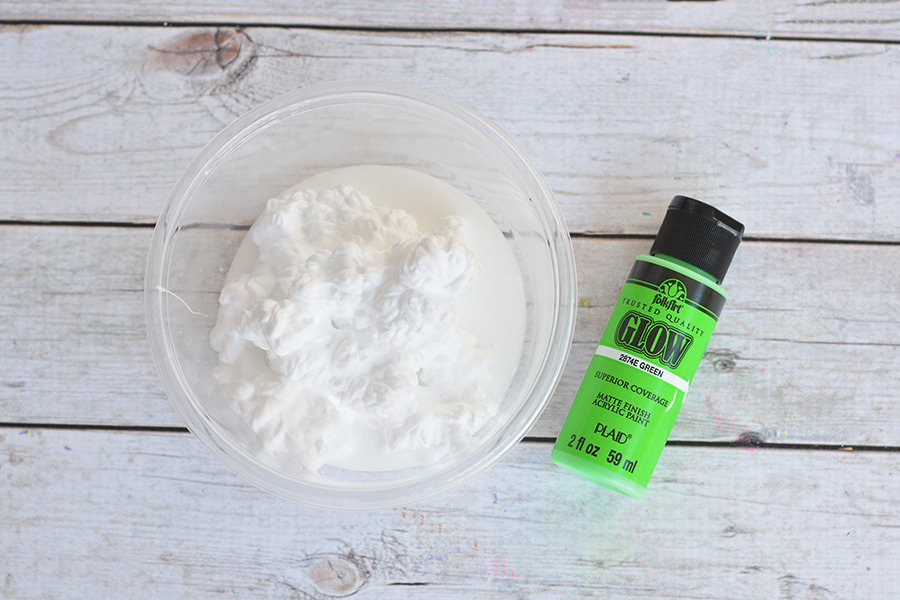 Before you premiere the show, set up some black lights and set out your glow in the dark paint. Our kids were so excited to see their artwork glow while they painted. You can challenge everyone to try to recreate Niko’s sword. To create the sword I used the green glow in the dark paint and then mixed up some regular black paint for the swords handle.

Once the paintings are dry they stay puffy and soft to touch. My kids loved their drawings so much they ended up hanging them up in their rooms so that they can glow at night while they sleep. 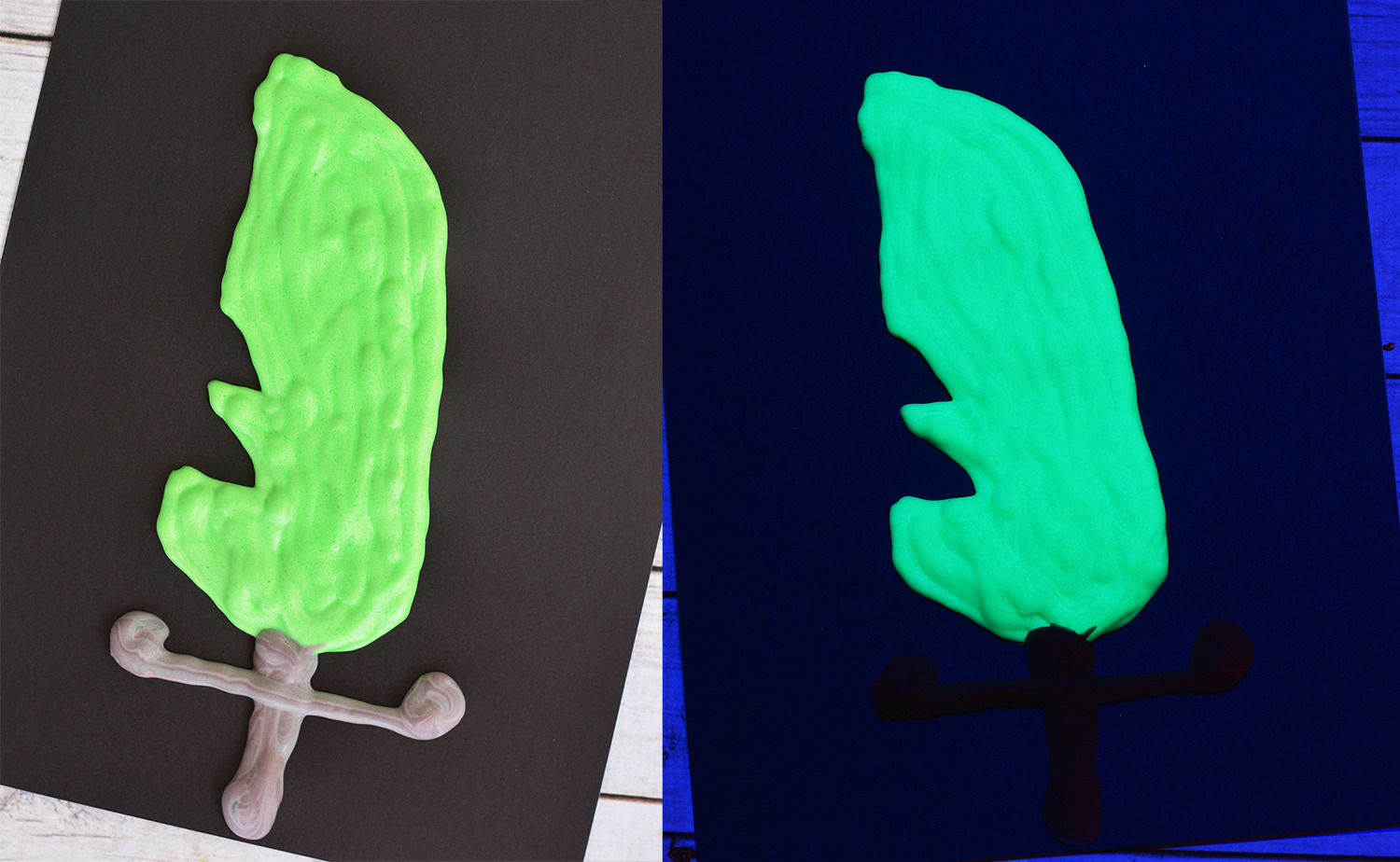 We also did some neat outer space drawings, bugs, and more. Be creative the possiblities are endless!

Pin it to save for later: