The first year of marriage is special for every married couple. The wedding itself may have been years in the preparation and the first anniversary a long-awaited goal. Because of this, the first anniversary is usually celebrated by the couple on their own. The traditional gift for a first wedding anniversary is paper, symbolic of having started your lives together officially a year ago, … END_OF_DOCUMENT_TOKEN_TO_BE_REPLACED 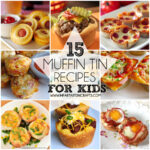 Last week I shared with you these tasty mini cheesy chicken pot pies, that were a huge hit with my two picky eaters. I loved that not only were they easy but I could make a ton at once and they were the perfect on the go snack for a busy day. So it sparked my curiosity, and I just had to see what all you could make with a muffin tin. And to my surprise there's a lot! I've rounded up some of … END_OF_DOCUMENT_TOKEN_TO_BE_REPLACED 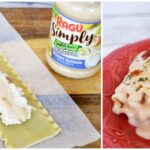 This post is sponsored by BabbleBoxx.com. Fall is the season of comfort food and thanks to Babbleboxx, I'm going to be sharing some of my top Fall food favorites! These are all products that you're going to want to make sure you have on stock for Fall from our favorite comfort foods to my favorite must-have kitchen gadget for holiday cooking! During the fall we're busy with getting … END_OF_DOCUMENT_TOKEN_TO_BE_REPLACED 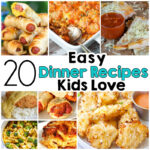 I always get pretty lazy during the summer when it comes to cooking, which means we tend to eat out more. So I've been trying to add some easy meals to our weekly menu, but that can be hard when you have some picky toddlers! I've listed some recipes we've tried the last few months that are not only my favorite but were a hit with the kids and the best part is that they're so easy to make! The … END_OF_DOCUMENT_TOKEN_TO_BE_REPLACED