Using just a few ingredients you can make these simple Santa Hat Cinnamon Rolls that are the perfect breakfast for Christmas morning!

These festive Santa Hat Cinnamon Rolls are perfect for starting off your Christmas morning. The recipe is so simple that even the kids can help decorate their own Santa hats! 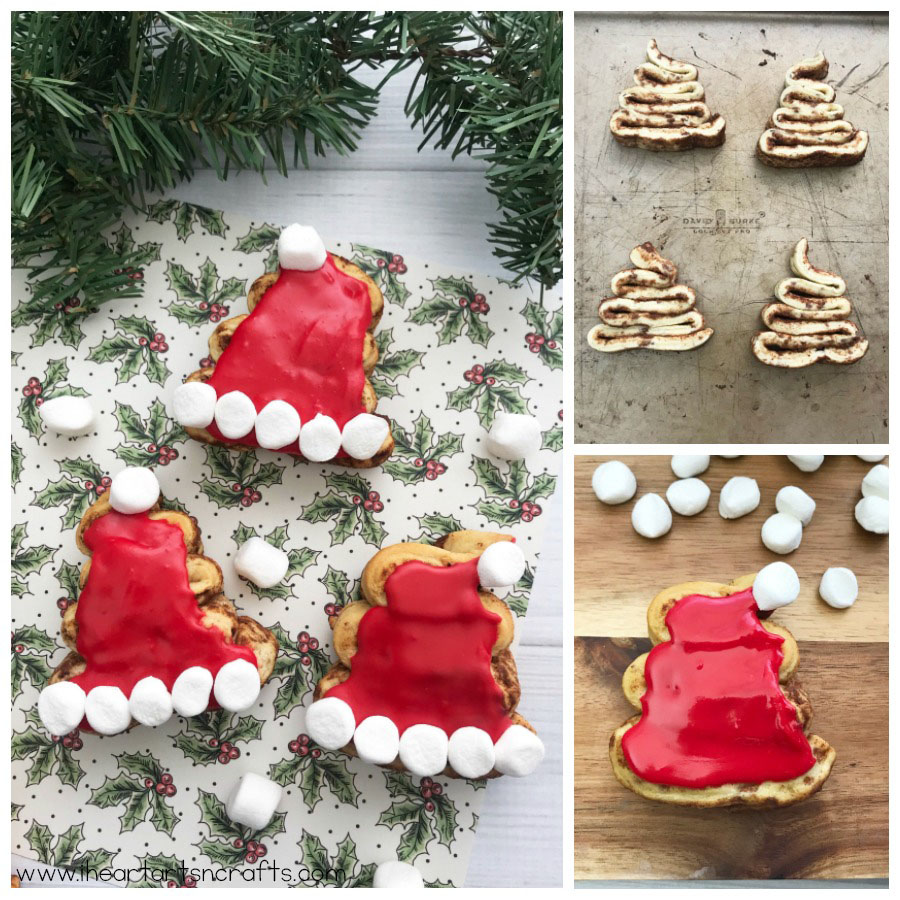 Preheat the oven to 350 degrees.
Open the package of cinnamon rolls and discard the packaging.
Carefully unroll each cinnamon roll and then gently zig-zag them back and forth so they resemble an upside down triangle. Repeat with all the cinnamon rolls. 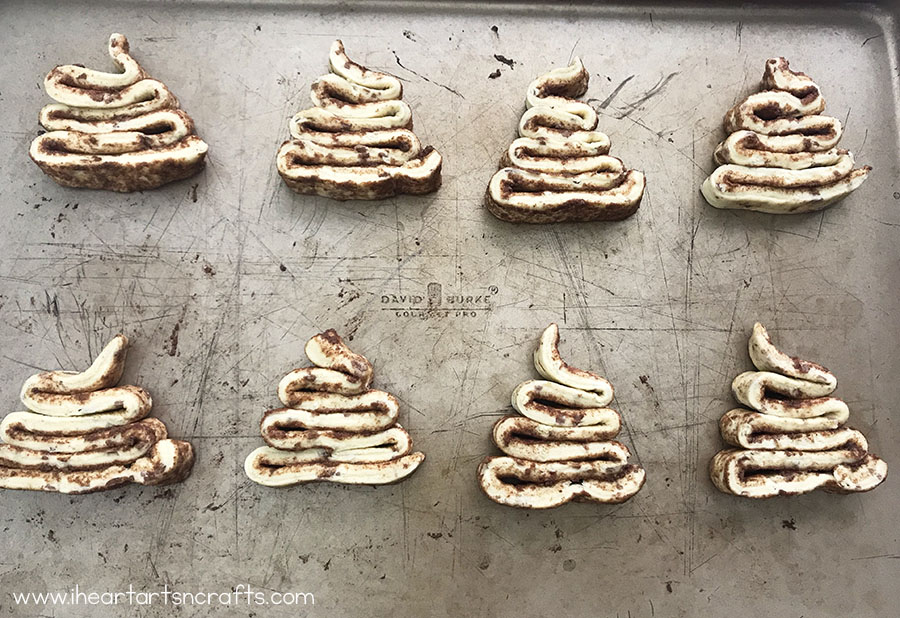 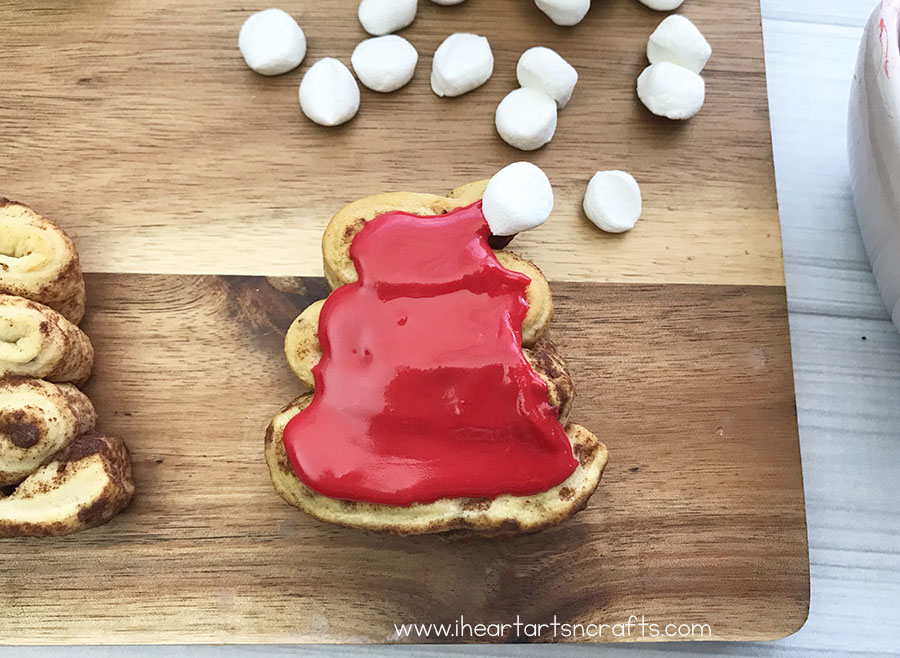